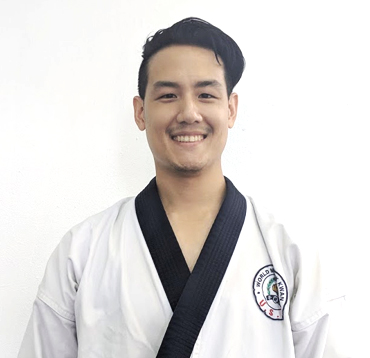 Eric started training Soo Bahk Do while attending Johns Hopkins University in 2009. Since then, he has continued to train and setting his eyes on attaining master level certification all the while earning a Masters of Fines Arts from Parsons as well as working in the games industry.

Using his knowledge as a game designer, Eric now teaches and creates programs with the rest of the Kwon’s Wellness team.