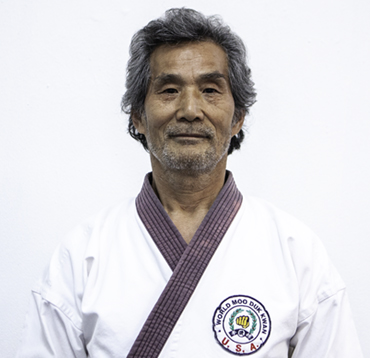 Master Kwon is a 9th Degree Black Belt in the Moo Duk Kwan and has over 45 years of experience in the martial arts. He began his training in Soo Bahk Do in Seoul, Korea as a child. Since that time, he has gone on to teach as a head instructor at the Soo Bahk Do Headquarters in Seoul. He has also taught the South Korean Army and U.S. Solider while in Malaysia and is one of the most respected senior instructors in the United States Soo Bahk Do Moo Duk Kwan Federation. In 1983 he opened his first U.S. studio in Greenpoint, NY. In 1992 he opened his second studio (main dojang) in Manhasset, NY, where he still teaches today.